Shanghai – July 24, 2017. At UIH Shanghai Headquarter, there is a place full of miracle and wonder. It presents a brand-new China’s manufacturing image to the world, showcases the powerful potential of UIH, and changes the misconception about Chinese medical equipment. Yes, it is the UIH Showroom, and a live witness of UIH’s rising

This iconic showroom was born in February, 2014, and was designed with a simple yet elegant style. Every day since its birth, the showroom exhibits the most advanced technologies and products that UIH produced to visitors, including CTs, MIs, XRs, Mammo, MRs and software products. So far, it has received tens of thousands of visitors from home and abroad, be they political celebrities, prominent scientists, skeptical industry players, or outsiders who know nothing about medical imaging equipment.

On May 24, 2014, China’s President XI Jinping, paid a visit to UIH and toured around the showroom. President XI spoke highly of UIH’s R&D results and innovative design, claiming that UIH had risen to the occasion where Chinese medical equipment industry was in need of a leader. He also expressed his expectations towards UIH’s development, looking forward to greater achievements from UIH in this promising era.

On June 21, 2016, the showroom had the honor to receive several distinguished foreign guests – a delegation of top health authorities from nine Central/Eastern European countries. This delegation was here to investigate the development of China’s medical equipment manufacturing, and this visit totally refreshed their impressions about the Made-in-China.

In early 2016, the showroom received a group of world’s top molecular imaging scientists who came to look for an industrial partner. After several visits to UIH, Dr. Simon R. Cherry, who is the project leader, wrote in his report that UIH, after the overall assessment and inspection of all project competitors, was the preferred partner of Explorer project due to its strong advantages in innovation, R&D, technology and manufacturing. In the end, UIH successfully established the industrial partnership with Explorer Consortium and worked together to build uExplorer – the world’s first dynamic total-body PET-CT

On the afternoon of May 17, 2017, the showroom was put to an unusual inspection. Earlier that week, at CMEF Spring 2017, many industry experts and professionals had already visited UIH’s booth. Although shocked by the advanced products they had seen, they were skeptical of the possibility that UIH could independently develop and manufacture all the products on display. Therefore, a visiting group consisting of 15 guests from 10 countries came into shape. After this visit, they completely abandoned their stereotypes and wondered at UIH’s capability of in-house design and development. They claimed that UIH was indeed an extraordinary enterprise.

On June 16, 2017, a group of African journalists from various press media was invited to visit UIH’s showroom. At a first glance, these guests coming from afar seemed to distrust the Made-in-China equipment. But as they walked closer and observed closer, UIH’s products had changed their minds.

On July 19, 2017, the showroom welcomed the arrival of a group of international exchange students who had great interests in medical equipment. They are on an exchange program between University of Dundee, Scotland, and Shanghai East China University of Science and Technology to study biomedicine, engineering and industrial design, and this was their first time to get close to the giants they had only heard of before. Some of the students reflected that this tour was worthwhile because they had a live experience of the made-in-China instead of hearing rumors. When knowing that uMR can be used in conjunction with traditional Chinese medicine, such as acupuncture, they said this was exactly a perfect complement for western and traditional Chinese science.

UIH showroom may be the most visited place at Shanghai headquarter. Since its founding, it carries on the mission to build up a fine image for UIH and helps promote UIH’s brand. For many times, it successfully eliminates the misconception about “Made-in-China” and persuades the visitors to have confidence in the Chinese-made medical equipment. 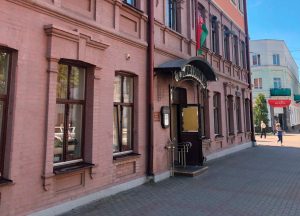 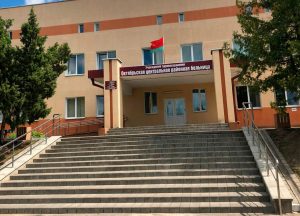 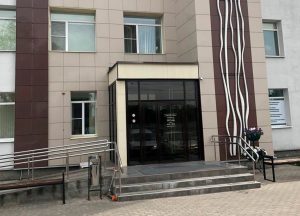 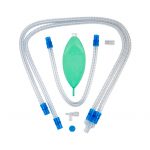