Wonder How TCM Cures? No Longer a Mystery at UIH

Shanghai – July 15, 2017. TCM (traditional Chinese medicine) has always been a mysterious therapy to the eyes of modern medicine, as its action mechanism and effectiveness seem to be lack of scientific evidence and support. However, this 2,500-year-old medical practice owns quite a lot of loyal fans who try to use modern technology to explore its action mechanism. Now, with the invention of the first TCM MRI system, some mysteries are finally going to be unraveled.

On July 14, 2017, UIH officially launched its TCM MRI system at the eve of the 15th National Academic Conference of Chinese Imaging Society of Integrative Medicine (CISIM). TCM MRI system was co-developed by UIH and Shanghai Shuguang Hospital to research on the head acupuncture efficacy using MR brain imaging. The core concept underpinning this collaborative research is to develop customized coils, special sequences, and whole-body scan protocols, which will bring the study of TCM therapy in stroke and orthopedic patients to a higher level, and clinically verify the benefits of acupuncture, message and other TCM practices.

In the witness of experts from Chinese Imaging Society of Integrative Medicine and prominent radiology professors, UIH released the TCM MRI system at the launching ceremony.

Based on the self-developed MRI technologies, the TCM MRI system was born with the industry-leading homogeneous magnet. However, this is far from enough to clinically evaluate the effectiveness of TCM. UIH worked out a genius idea of building a special head coil to help the further study of TCM and transform the intangible experience into concrete evidence. Different from the conventional head coil which has a fixed shape, the TCM head coil is designed with a new flexible structure to allow the acupuncture needle to pass through. To enable the system to work better with the new coil, new imaging techniques are also developed to capture the brain activity during electroacupuncture in a real-time manner.

The world’s first trial using MRI scan to verify the efficacy of acupuncture.

One of the promising applications of TCM MRI system is the real-time display of how brain function areas respond to external stimulation such as acupuncture. By stimulating some acupuncture points on the head, some brain areas are supposed to be activated, which can be shown in a MRI scan.

TCM MRI system is built with DWI technology to enable precise diagnosis of staging of stroke (left); with Susceptibility Weighted Imaging technology to help doctors diagnose whether the cerebral embolism is accompanied with bleeding.
Another clinical benefit brought by TCM MRI system is the early detection, diagnosis and prognosis of orthopedic diseases. Due to the high homogeneity of the magnet, TCM MRI system can provide high-resolution image within the full FOV. Besides, the joint coils used with TCM MRI system are specially designed with a more reasonable structure and higher number of elements, so when joint scan is to be performed, the scan of different joints can be done at one time with high efficiency. TCM MRI system also provides delayed gadolinium-enhanced cartilage imaging technology to visualize the micro lesions in cartilage. 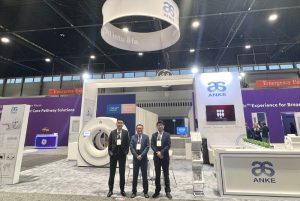 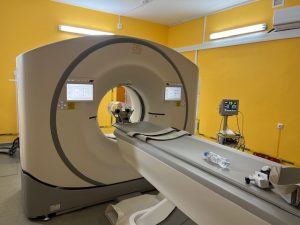 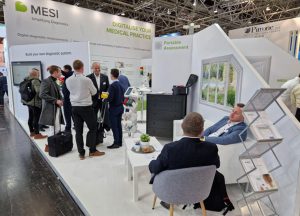